The Bioinformatics Center was established in 2013 with the assembly of a high-performance computing cluster partially financed with the support of Mr. Arturo Melo (R.I.P.). This cluster, which continues to function today, was used to complete the initial project carried out by the group: the sequencing of the genome of the Leishmania panamensis parasite, the first genome sequencing project carried out entirely in Panama. The center also has a computer room with 12 graphic touch screen terminals that have been widely used in courses and workshops aimed at promoting bioinformatics and related areas. This infrastructure was recently complemented with the acquisition of a powerful hybrid parallel computing cluster, financed by SENACYT, which will allow running of intensive computer programs in both conventional and graphic new-generation processors and will be accessible to the entire national scientific community.

In addition to the Leishmania panamensis genome sequencing project, which was completed in 2015, the Bioinformatics Center has developed several research lines in the fields of biosciences and biotechnology, including genomics of disease-causing microorganisms and the structure of biomolecules of practical interest. As a result of these lines, fruitful collaborations have been established with national and international groups, such as the Center for Cellular and Molecular Biology of Diseases of INDICASAT AIP, the Gorgas Memorial Institute for Health Studies (ICGES) and the Faculty of Veterinary Medicine of the University of Florida and the University of Tennessee in the United States. Recently, the center also participated in a project in collaboration with the National Transplant Laboratory of Caja de Seguro Social (CSS) that fully characterized the genetic composition of the Panamanian population, with notable implications for future planning of health strategies.

During the first months of the COVID-19 pandemic, the center was also actively involved in the collection and analysis of genomes of the SARS-CoV-2 virus and other related betacoronaviruses. In the context of this work, an online resource was created for the systematization of the phylogenetic characteristics of these sequences, which is publicly accessible on the internet. Subsequently, the group has also been involved in the computational evaluation of potential antiviral candidates for the treatment of SARS-CoV-2 infection, in collaboration with the University of Texas San Antonio. 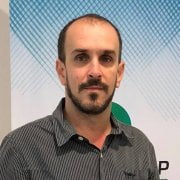 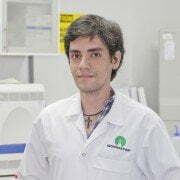 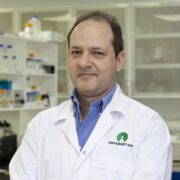 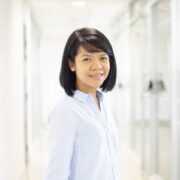